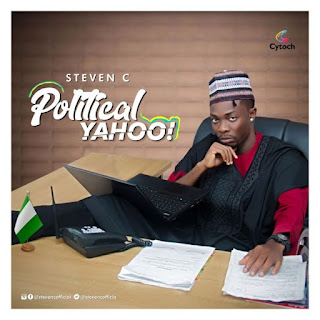 Steven Osaghae popularly known by his stage name Steven C. released another hit titled Political Yahoo.
This song happens to be a unique tracking to its previous one shot hit songs with Tekno and Lerato.
According to him, he said: “I came to realize that it is better to take more of my immediate COMPANY INSPIRATION and one of the sources of inspiration are the problems of corruption that consumed my country.
I feel its time we talk about HURTS in the country so I decided to put these questions in this VIBE street that was invented from his South African Kwaito and Gqom “
This song was produced by Steven Charmy, Mixed & Mastered by TYmix.
Listen to and download “Steven C – Yahoo policy” below: –

Spread the love
CHECK THIS OUT  DOWNLOAD MUSIC: DREMO - OMG