Chelsea striker Timo Werner has been criticised for being “lazy” by Ian Wright, with the Germany international not doing enough to ensure he avoids running into offside positions.

The former RB Leipzig man hasn’t quite settled at Stamford Bridge this season, though fellow Match of the Day pundit Alan Shearer added that he feels Werner will be hard to stop if he can work on this side of his game, as reported by the Metro.

“I think Timo Werner is having a good season,” Wright said. “Coming to Chelsea with that pressure of scoring goals and then missing chances.

“You need to look at the runs he makes. Here he needs to get back onside. He doesn’t get on side.

“He’s got so much space. For me that’s just lazy, it’s lazy work. He’s running straight offside. Once he sorts that out, he will get more chances, then he will need to be more clinical.”

Shearer added: “If someone can work with him on that, there’s not many defenders who will catch him.”

Chelsea fans will no doubt hope Werner can iron out his flaws and become the top forward he previously looked so capable of being. 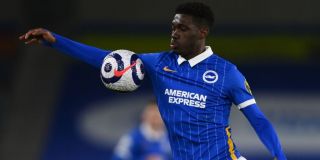 The 25-year-old showed world class potential during his time in the Bundesliga, and he’s had his moments in a Chelsea shirt too, even if he’s been very inconsistent.

It shouldn’t take too much to help Werner develop into a more complete player, and impressive manager Thomas Tuchel seems the ideal coach to help him do that.

Eden Hazard told he “cannot stay at Real Madrid for another second” Click here to find out more!