David Luiz was ‘shouting and swearing’ at his Arsenal teammates during the first-half of the Gunners’ clash with Villarreal this evening.

The Brazilian is one of the most vocal, experienced and influential members of the Arsenal squad, so having him ruled out through injury tonight was a huge blow for Mikel Arteta.

The former Chelsea man, who won the Europa League twice during his time at Stamford Bridge, seems determined to prevent his side going out with a whimper, even if he can’t be involved on the field of play.

MORE: Video: Arsenal fans gather outside the Emirates to protest against Stan Kroenke ahead of Villarreal clash 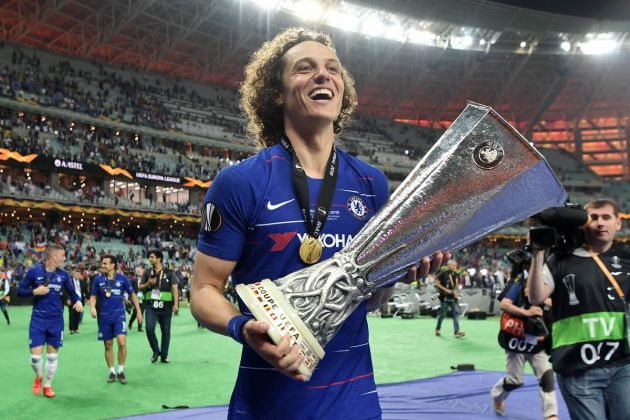 According to ESPN’s James Olley, David Luiz could be heard shouting and swearing at the Arsenal players on the field, who based on the evidence of the first-half display, were in dire need of a kick up the backside.

David Luiz was just shouting (and swearing) from the stand behind the dugouts in the direction of the pitch. Hard to tell for sure but may well have been aimed at the Arsenal players walking off, wanting more urgency.

Arsenal can oftentimes be accused of being too nice and too tame. David Luiz is one man that that certainly doesn’t apply to, so they ought to all take a leaf out of his book in the second-half.