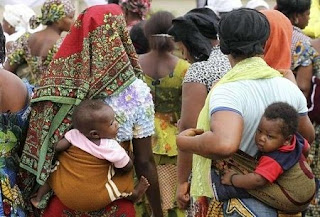 French court has sentenced 23 Nigerian and one French, all the members of the Lyon-based sex trafficking ring of up to seven years imprisonment for Nigerian women forced into prostitution.

It is the latest case to highlight the increasing use of African migrants in the European sex trade.

Among those convicted was the most wanted woman in Europe, Edosomwan Jessica fugitive, accused of acting as “Madam” based in France for women recruited mainly in Nigeria Edo State.

Edosomwan tried in absentia. Also convicted was fake Pastor Stanley Omoregie, 35, who says he just wants to help people in their communities.

He denied in court the charges involved in running prostitution rackets and trafficking of young girls from Nigeria to Europe.

Half of the 24 defendants present were women, elderly mostly under 35 years, and is suspected as the “mamas” of the network, with another pimp said.

Nigeria is the main country of origin for tens of thousands of migrants cross the Mediterranean to Europe by ship in 2016 and 2017.

Many women and girls are lured to Europe with false promises of work as hairdressers or tailors, only to find themselves sold sex to pay their smugglers.

Seventeen women filed a complaint against the accused but no casualties attend the trial, with the exception of one former sex worker who finds himself in the dock to lure other women in the trade.

The defendant had faced up to 10 years in prison on charges including human trafficking, pimping, money laundering and helping people live illegally in France.

A French mechanic who looked after the van was among 24 defendants.
What do you think about this drop your comments here👍👍👍