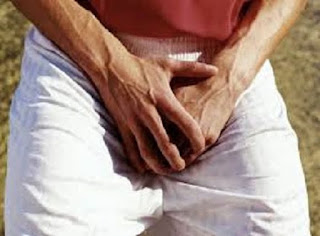 A total of seventeen men and women have mysteriously lost their private parts in a community in Benue.
According to the Daily Trust, the women in the community Agasha Guma local government areas in Benue State, on Wednesday protested the alleged missing genitals of at least 17 people in the vicinity.

It was collected from the villagers that some people, including men and women in society has unexplainably lost their genitals within a month.

A villager in the area alleged that the private parts of the complainant lost to follow the activities of some suspected ritualists in the community, said that after the parish priest of the Catholic Parish of St. Michael in Agasha pray for them, the organ was restored.

CHECK THIS OUT  How to retrieve your lost National identification number ,(NIM NUMBER)

But Guma LGA Chairman of the Caretaker Committee, Anthony Shawon, told Daily Trust by telephone that there was no evidence to substantiate the claim missing organ.

“I was there (Agasha) two days ago and had a meeting with the traditional authorities, parents, youth and women’s groups, among others from the community on this matter.

“They took 14 people who allegedly lost organ of a Catholic church where they now receive prayer for recovery.

“And I asked the Reverend Father if he asserts that their genitals were missing and Father said he had not examined them but pray for them. I then physically examined two of them and find their manhood intact.

“I do not know what this is all about. In fact, I was not involved. Perhaps their spiritual reasoning.

“None of the women making a claim to agree to be examined. We have held a series of meetings even today (Wednesday) with the elders.

“I was told that the five members of the community that they (villagers) have been arrested suspect as we speak and taken to police headquarters. But, there is no evidence to justify this maturity is lost, “said Chairman of LG.

When contacted, the Police Public Relations Officer (PPRO) in the state, DSP Catherine Anene, via a text message stating, “the report of the loss of the genital organs in Agasha accepted. Agasha visit but there was nothing to the case. “