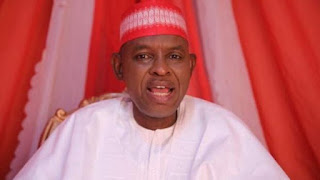 In continuation of hearing on the governorship election petition filed by the Peoples Democratic Party (PDP) and its governorship candidate, Abba Kabir Yusuf, the election petition tribunal in Kano has summoned the state Commissioner of Police and the Independent National Electoral Commission (INEC). On the request of the petitioners, a subpoena duces tecum was served on the Commissioner of Police in which the court summoned him to appear and produce some documents as requested by the petitioners.  Similarly, a subpoena ad testificandum was served on INEC in which the tribunal summoned it to give oral testimony for use during the hearing. The lead counsel to the petitioners, Adegboyega Awolomo (SAN), applied that the court gives directive to INEC to provide a written response as allowed by the law. However, Sunday Ekwe, speaking on behalf of the commissioner of police, said his boss was away on official assignment, hence requested for time within which to respond. In her ruling, the presiding judge, Justice Halima S. Muhammad, gave the police commissioner five days within which to respond while INEC was granted the opportunity to tender a written deposition. Also, the petitioners had filed a motion to effect corrections in their list of witnesses as granted by the Court of Appeal sitting in Kaduna, but counsels to respondents, INEC, Governor Abdullahi Umar Ganduje and APC, requested for a week to respond as provided by Paragraph 47(4) of the 1st schedule of the Electoral Act